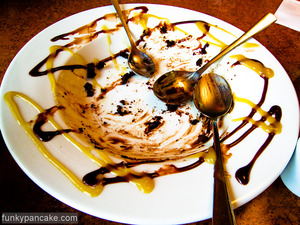 we went to TGI Friday’s yesterday to celebrate the end of jane’s marking, the completion of my first assignment, kezia’s tooth falling out, and esther just being esther. 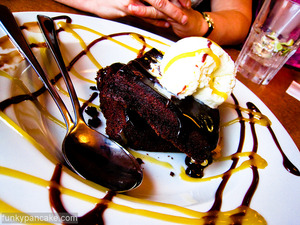 jane and i shared a chocolate brownie pudding, marking the first time in over 6 month’s i’ve eaten chocolate.  to be honest it mostly tasted of ice-cream, and my ‘problem’ is with cold chocolate bars rather than warm cakey chocolate so i’m not overly concerned about slipping back in to old habits.

it was quite interesting though and i actually felt quite nervous before eating it !  you’ll notice the third spoon which was esther’s contribution 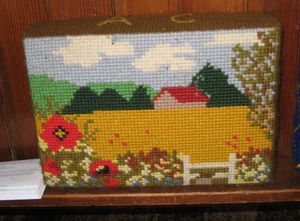 hassock featuring poppies which are in full bloom at the moment.

the sad story of kezia’s tooth 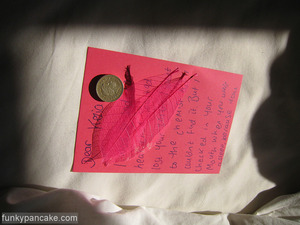 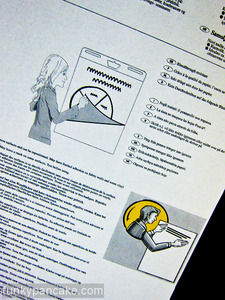 which is going on here ? is the chap at the bottom on a ship and hanging out a port hole ? 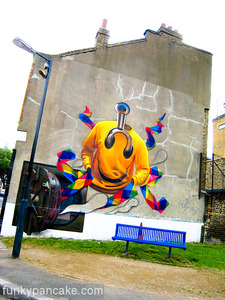 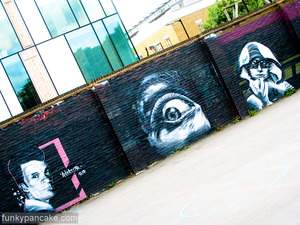 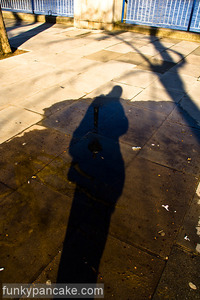 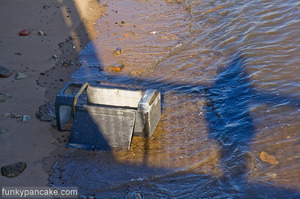 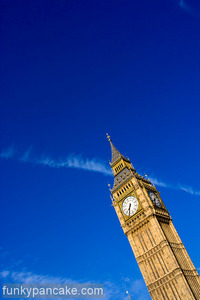 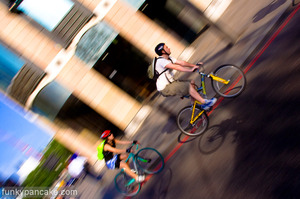 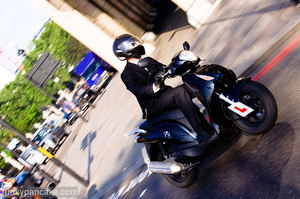 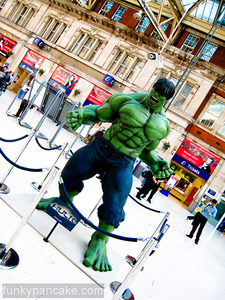 this poor chap was upset at Waterloo station when i went past early on tuesday morning.  we all have days like these. 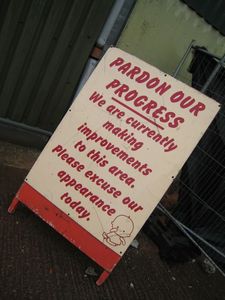 a great sign that would work in a variety of situations

bollards in a queue 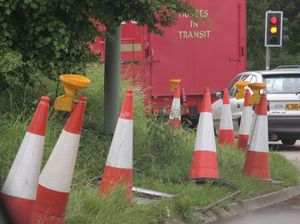 diagonal and rounded in one

these are the images i sent in for my first assignment for my open college of arts course. 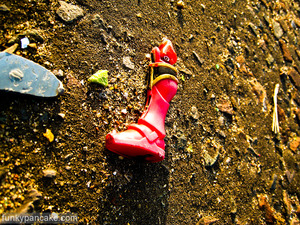 remember the power ranger who was trying to cross the main road outside my office ?  well this is all that’s left. 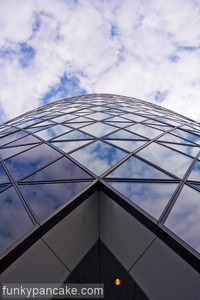 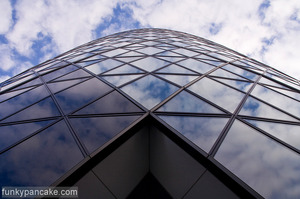 just the one cheek got wedged 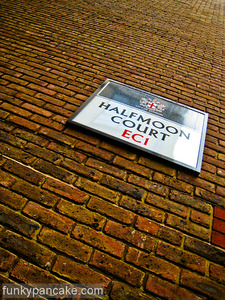 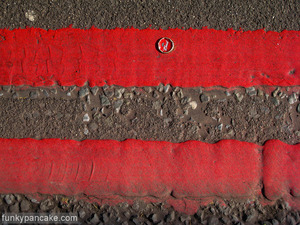 urban camouflage at its best.  i was going to do a low down close up shot type thing but i spotted a bus was heading straight for me and i stepped off the road just in time 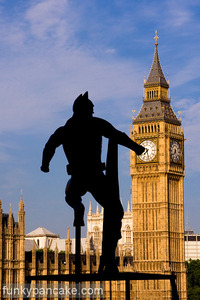 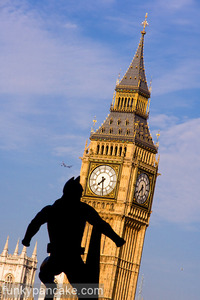 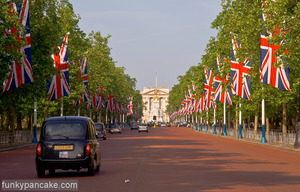 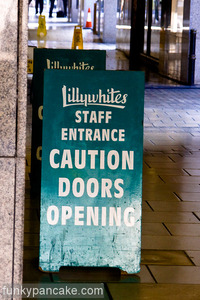 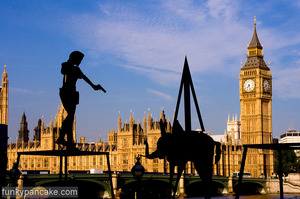 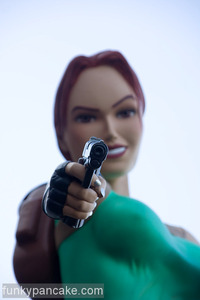