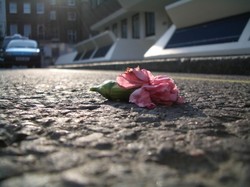 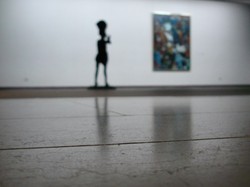 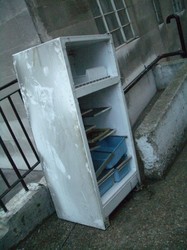 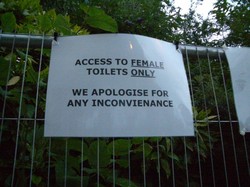 evening at the gas works 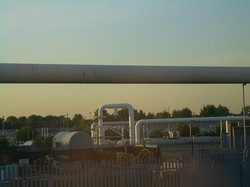 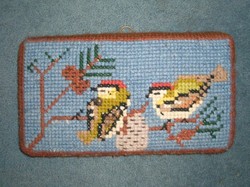 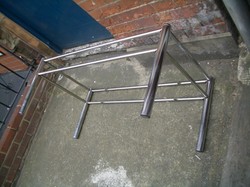 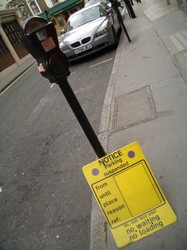 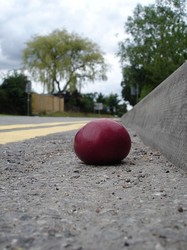 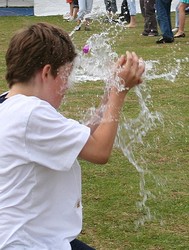 spoons nailed to the wall of a tent 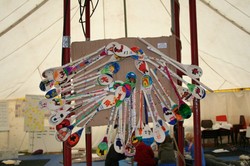 a fridge is a white good, but this one is brown. and it may not actually be a fridge. but not to worry. 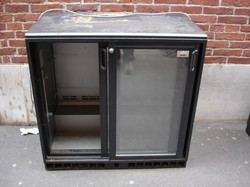 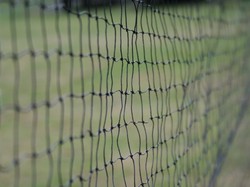 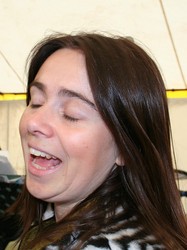 our holiday bible club ended with a BBQ and outside concert which was good fun. many of the photos i took during the week were projected on to a screen at the side of the band and could only be viewed by standing behind us. which meant there were people standing next to myself and the drummer which was very strange.
anyway, we had a really good week, but what i won’t miss most is the portaloos. kezia liked them, but i think that’s because she found the flush good fun. 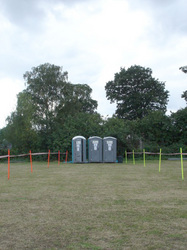 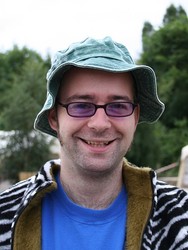 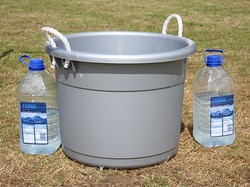 you can’t urn your way in to heaven 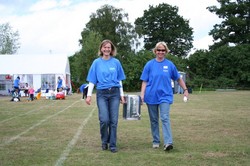 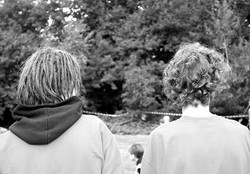