the city as seen from BT Tower 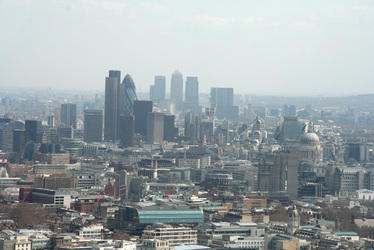 this photo is quite dense so is worth clicking for the big version. it’s a shame about the hazy day, but you can make out St Paul’s Cathedral, Natwest Tower, the Gherkin and the Docklands in the distance

where to check in (chicken) at the bird hotel

bird box with the word ‘reception’ writen on it. can birds read ? 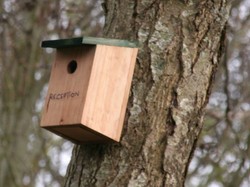 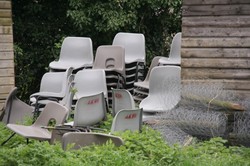 this is a pretty historic photo. kezia spotted the dog sign and said “do you want to take a photo dad”, so i said yes.
she ran up to it and posed in front of it. just as i was about to take the photo she said “make sure you get emily-rebecca in”, so i did. 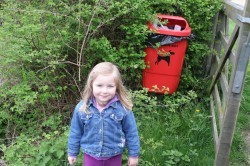 emily rebecca (not sure about the hyphen) is kezia’s (invisible) friend who came on the walk with us. this is her first appearance in a photo.

someone should have warned the trees 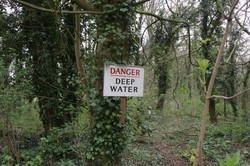 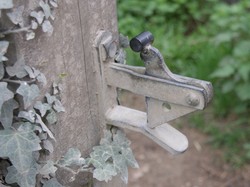 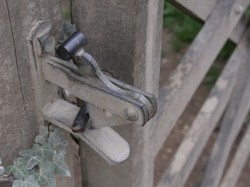 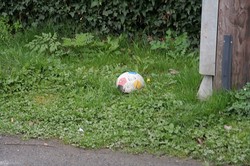 what if you are a cyclist and happen to be walking that day. can you still use the footpath ? they need an FAQ for signs like this. 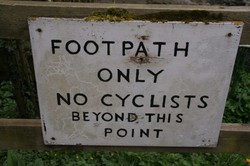 the castle is closed on thursdays and fridays, so if you are thinking of invading, best to wait until the weekend or early next week 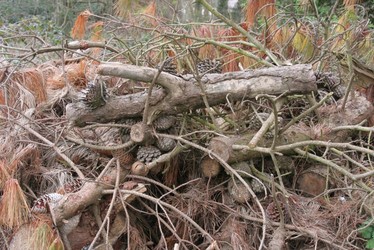 invasion of the beast

this is a bit of a long post, but hopefully you’ll understand why (there’s a picture at the end)…
we’ve been hearing funny sounds downstairs in our house for the last few days which we’ve assumed were the dishwasher reaching the end of its life.
however, we suspected it wasn’t the dishwasher when we started to see green poos in our utility room floor. They were too large for cat poos (we thought) and for a while we thought we’d got a goose in the house. Another popular suggestion was a bat. certainly more popular than a rat. so generally, we thought we were looking at a three lettered animal ending in at. *at if you like.
anyway, we left all our doors and windows open on saturday and hoped whatever the monster was it would leave of its own accord. esther and kezia were slightly excited, but also a bit worried, because we had an unknown monster, but that’s all part of the fun of growing up isn’t it ?
Sunday night jane and i slept very badly. every bump and squeak was analysed and rationalised as ‘the central heatings’, or ‘kids moving around in their sleep’. it was too creepy to accept that the beast might be moving about the house late at night.
At about 1.30am i was awoken by jane telling me wake up and be quiet ! we lay in silence and listened, and there, in our bedroom, upstairs, in our house, there was a rustling sound coming from near where i was laying
we turned the light on, and there, just a few inches from my face on the floor below me was …

Read More »invasion of the beast 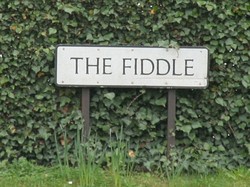 back we went to Keynes to continue our walk of the Thames Path.
the first thing we did was have a good game of pooh-sticks 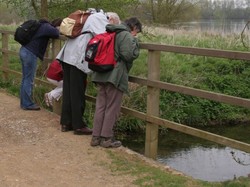 then we walked along a lovely wide, smooth, quite shallow stretch of the river 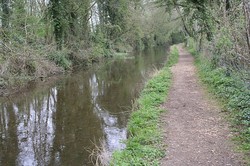 we continued through Ashton Keynes 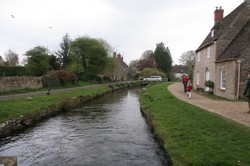 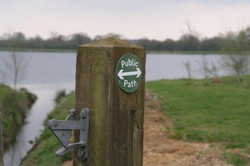 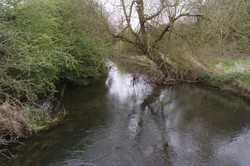 all in all, a very successful trip. we didn’t get too cold, rained on or tired ! 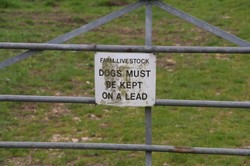 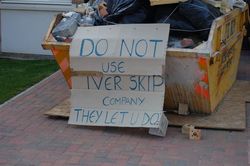 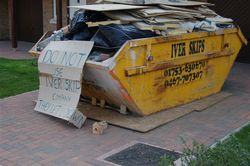 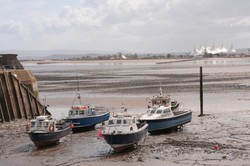 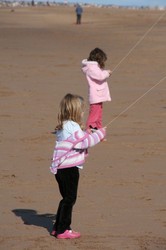 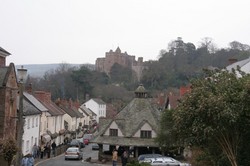 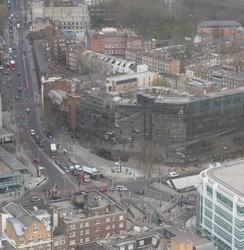 andy sent me this photo he took at a wedding. i think it’s fantastic. it’s even got a bike sign in the background ! 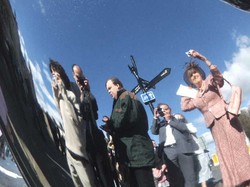