we went to Polesden Lacey today. we went last easter too. there was no chalk fire engine this time.
however, there was this funny little animal which popped out of a clump of grass next to where we were having a picnic. it was shaped abit like a mini-squirrel but without the tail and was very jumpy. it was also quite ferret like.
we’ve not a clue what it was. any thoughts ? i managed to get some photos of it as it popped it’s head up. it was quite small and far away, hence the poor resolution: 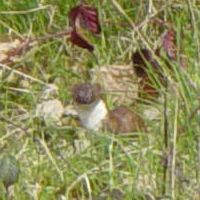 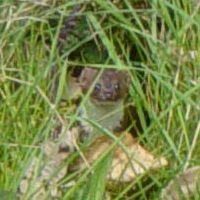 update: as sandi spotted, it’s probably a weasel:
here and here
oh dear. but now i’m not sure if it was actually a Stoat.
Apparently, “the stoat is sometimes mistaken for its close relative, the weasel, but it is larger and has a distinctive black tip to its tail, whereas the weasel’s tail is all brown”. we have no tail pictures to investigate. i don’t think i saw black on the tail.
if it were a weasel, perhaps it tricked us