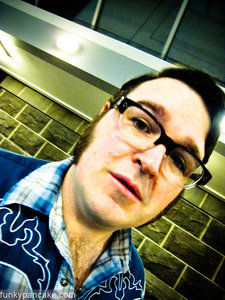 there’s the international comedy festival on in Auckland and it’s great.  we took the kids to see the Mr Boon show on Saturday which was totally excellent and featured standup by Jared Christmas (seen above on the way to his own gig this evening) 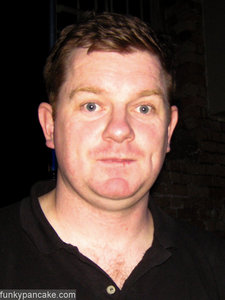 and then this evening i saw the most excellent Al Pitcher who is also an observer of the mundane and a great noticer through the media of photography.  he’s also a fantastic stand up comedian.

i was pleased to see a number of photos taken in auckland which have also appeared here on funkypancake so we’re tuned in to the same things.

If you are in Auckland for the next few days go and catch him before he exports himself. more details here

oh, and i had morning coffee with David Farrier this morning which was also very cool.