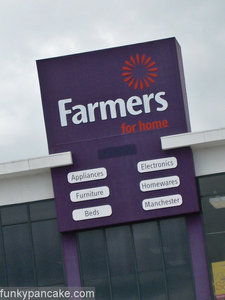 manchester randomly added to the list of things on sale in the local john lewis equivalent type shop.

UPDATE: there’s some problem with comments on the blog at the moment. This is what two of my new zealish friends said:

BUSS SAID:
Answers on a postcard.

ANDY SAID:
towels, bedsheets, pillowcases all equal Manchester – from a time when
all such products were produced from said city’s mills.