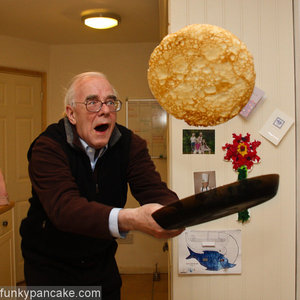 as had become traditional, jane’s parents came over last night for our annual pancake party 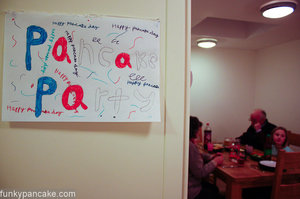 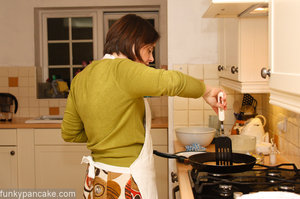 jane made the mixture 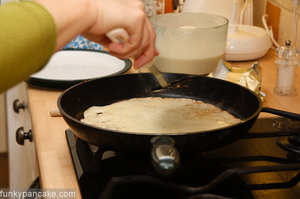 and then we got down to the business 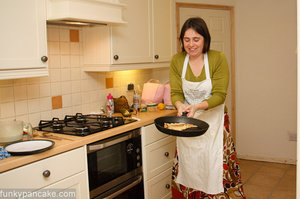 i create chaos by taking photos in continuous mode with my external flash on, causing blindness to anyone in the same room 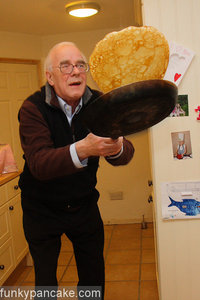 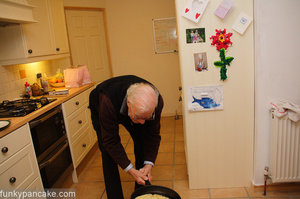 his throw was a great visual success.  the picture below is the catch part of the manoeuvre.  the throw bit is the picture at the top of this post 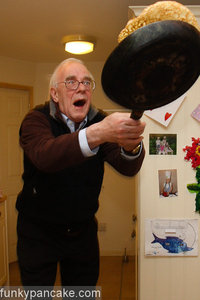 jane’s mum threw a smaller pancake.  can you spot it ? 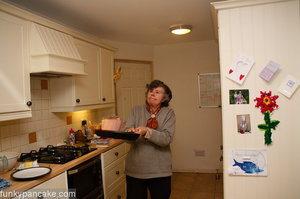 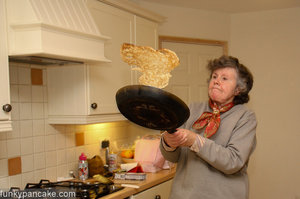 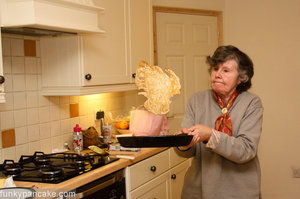 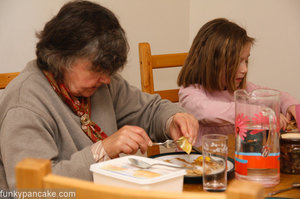 even esther had a go 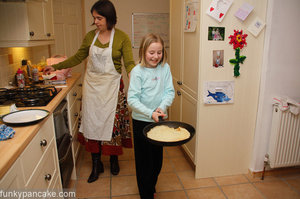 and of course jane did too. 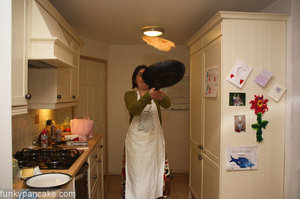 one thing worth noting is the difference in our kitchen since we’ve had our extension.  above is this year (now with extra space to the right).  below is last year (viewed from the other way round) 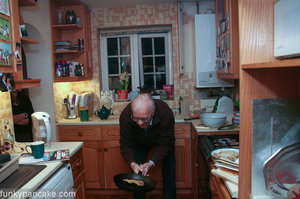