the end of wellplace zoo

we’ve been going to the funny little place called ‘wellplace zoo‘ for over 10 years i think. certainly before we had kids. and so i was saddened (but probaby not that surprised if i think about it) that it’s shutting down in September.
it looks like we’re too late to reserve any of the animals, but there’s some other stuff going if you’re interested. Ever fancied the zoo’s giant dinosaurs, or wooden bears. 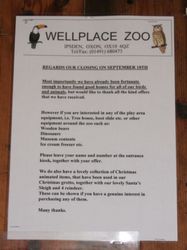 the thing i’m going to miss most is the fantastic zoo museum with it’s curiously crusty mannequins and stuffed animals (nothing is ever wasted). i took a few final shots in case we don’t go back before it finishes, so watch out for their photos in the next few weeks 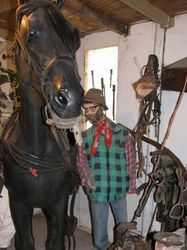