we went ice skating yesterday. there was much talk amongst the children of obtaining ‘the balance’ like it was some skating-zen nirvana.
kezia suddenly announced she could skate on her own (after being dragged round by the grown ups for nearly 2 hours) and we didn’t believe her until off she went ! she had obtained ‘the balance’ and all was well. 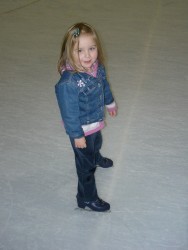 here are esther and i doing not quite as well 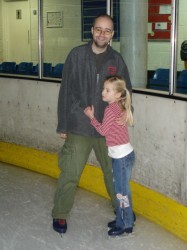