i have a degree in control engineering. one of the fundamentals (if i remember anything about it) is that systems converge or diverge. mostly you want things to converge so they are stable.
for example, you want air conditioning systems to converge on the target temperate.
unfortunately most British trains have divergent systems. you tell it what temperature would be nice for travellers to sit in. and it adjust to make it much colder on a cold day and much hotter on a hot day. it’s more of a question of extremes.
“pah” says the aircon, “you think this is hot ? do ya ? well, do ya ? i’ll show ya what hot is”. and so it goes. 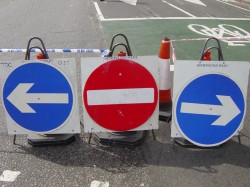 UPDATE: my train on the way home was so hot the air conditioning broke and dripped water from the ceiling. it may have been condensation. it was in effect raining commuter sweat. escence of commuter. i should have bottled it.