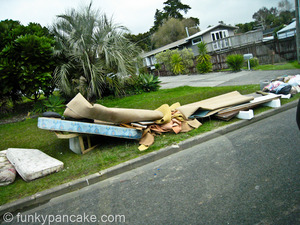 auckland has this very cool thing where once or twice a year your street will be nominated for an ‘inorganic waste’ collection.  the weekend before the week you have to put all the rubbish that wouldn’t normally be allowed in the rubbish bin (the stuff you’d take to the refuse tip in the UK).

for a few days the streets look completely messy, except they are full of fantastic things.  And there are rag and bone type people going round collecting anything which can be repaired or sold or melted down.  so by the end of the weekend there really is very little left.  it’s an excellent scheme.

they are also really clear that anything you put out will end up in a landfill (unless it get taken away by a passing opportunist) so people can think twice about what they put out.

i like the mixture of official and unofficial recycling that goes on.  and the glorious mess that exists for a few days.

the word on the street 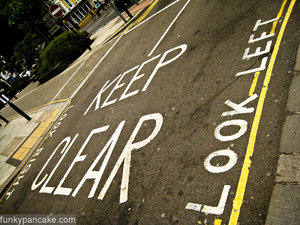 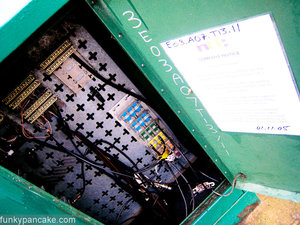 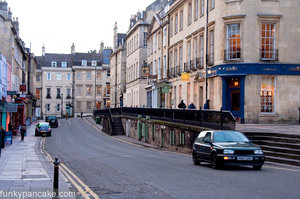 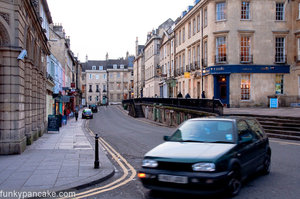 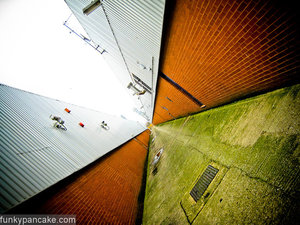 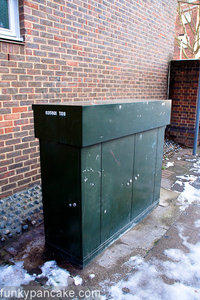 the real london always shows through 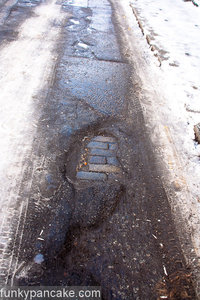 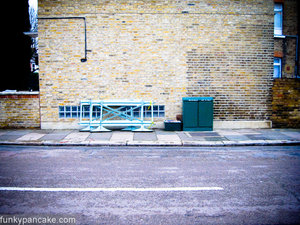 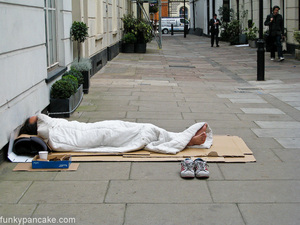 i took this photo a few weeks back before it got really cold.  i particularly like how he’d organised himself with his shoes neatly lined up and even a bed side table with tray and drink.  lovely stuff 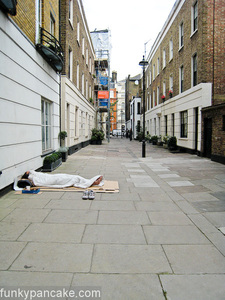 at home in the park 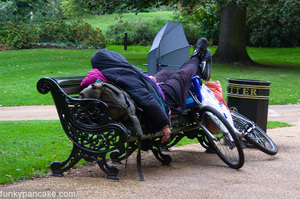 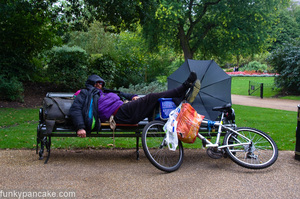 chefs down an alley 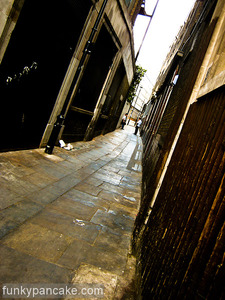 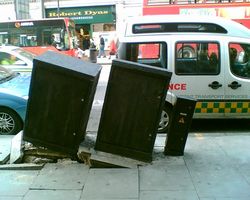 this happened over a period of days:
first a strange plinth appeared: 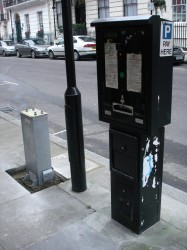 and the bollards moved in: 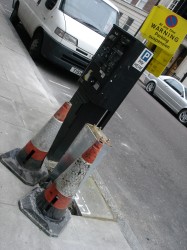 then a new taller parking meter appeared (this photo was taken at a different location up the street where the new one was put up on the other side): 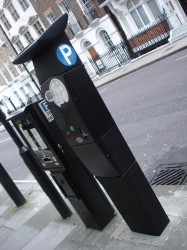 the old was decommissioned: 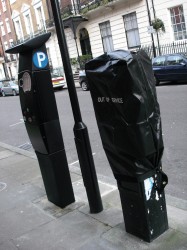 then they took it away: 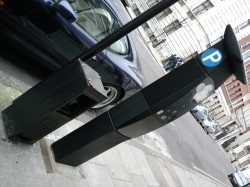 and converted the stump in to a rather handy coffee dispenser: 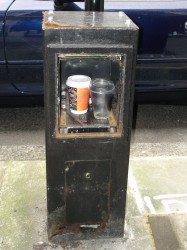 here is a paper recycling bin vomitting up it’s content. luckily paper vomits are very slow so i had plenty of time to get this photo 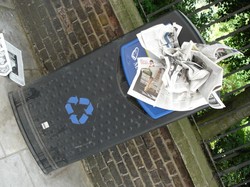 your air is being monitored 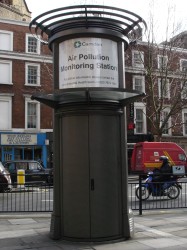 This is Brydges Place – it’s london’s narrowist alley you know.
i thought i’d contribute something to The Way We See It, but i didn’t think these photos were good enough.
but i did enjoy finding it ! 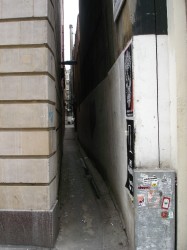 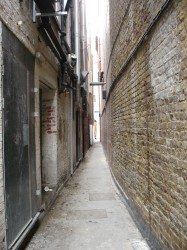 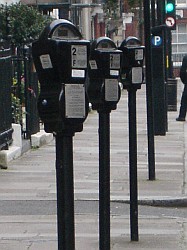 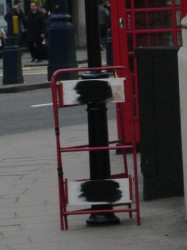 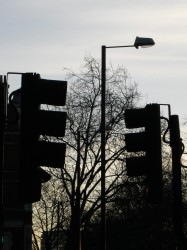 traffic lights need to lie down too. 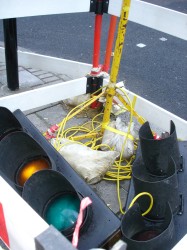