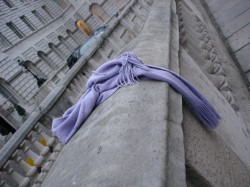 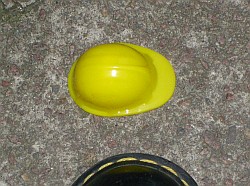 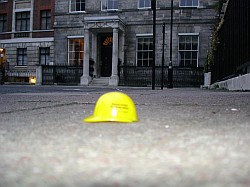 boots (before and after)

my boots were very dirty. so i phoned the hotel reception and got them to clean them (a rare complementary service in the pay-for-everything hotel).
they’ve done a great job ! 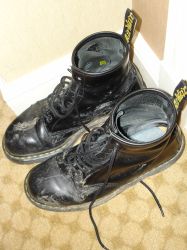 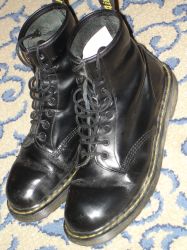 it’s a parking meter with a nice pink scarf. 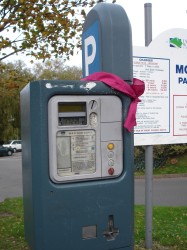 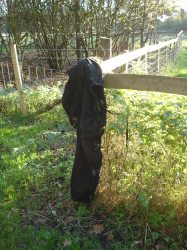 i think there’s a reason this pair of trousers might be £1.
it’s a flare. 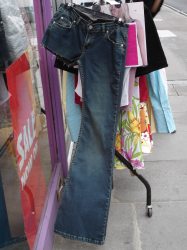 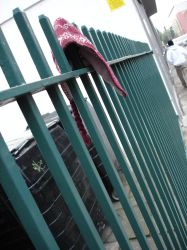 i’m a man so don’t understand too much about these things. i’m aware of ‘pairs’ of trousers, but i didn’t realise that a bra was a ‘set’.
Or maybe you get three different sizes all in one bag ? it’s a man-mystery. which is fine by me.
and look how cheap these nightwear is ! i love a bargain. pity the shop was closed when i walked past it at 7.45 this morning. 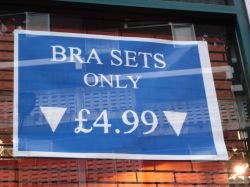 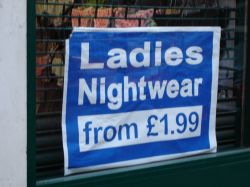 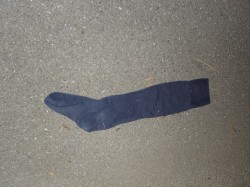 how posh is this ? it’s a very small kid’s chasmere sweater lost in the street. 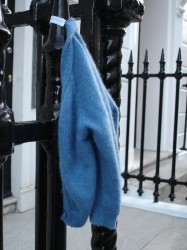 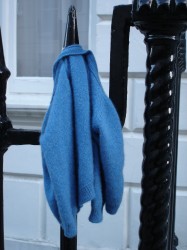 at the foot of regents street

this boot was at oxford street last night. you can see Regent Street and a bus going by. the bus is stationary. unlike regent street which is heading down towards the river. by now it will be flushed out to sea with a million other shopping streets.
probably. 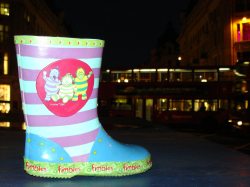 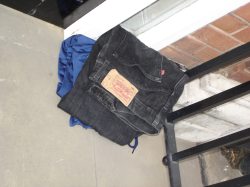 the lost hats of stockholm 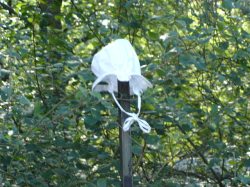 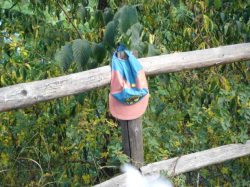 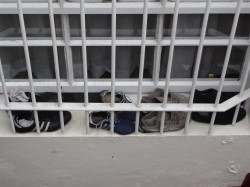 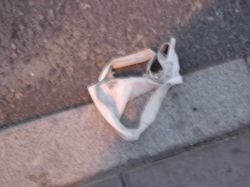 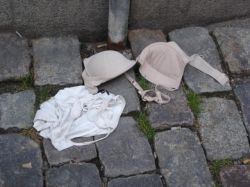 leaves are dropping off the trees. and so are socks. 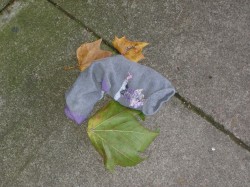 i’ve been in two places in the last few days where the wearing of floatation devices was a possibility. in both cases i’ve considered putting my life jacket on prior to an emergency so as to be ready in case the unlikely event happened.
jane, my wife, suggested this might cause panic on both the airplane and touristy canal boat so i left them tightly packed away for their own safety under my seat.
it seems community police(wo)men have opted for the safe approach. here are two with their life jackets round their backs. they were also quite reflective of my camera flash. 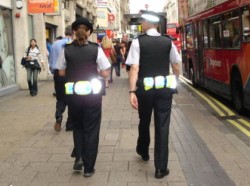 this hat was found and photo’d by esther. she was very pleased. 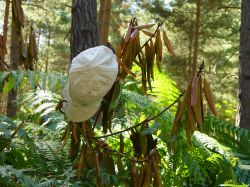 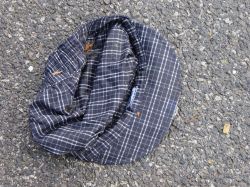 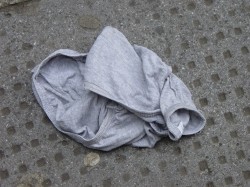