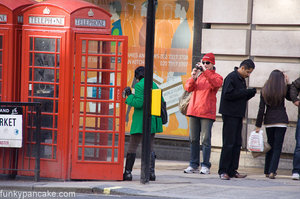 see the lengths tourists go to to blend in 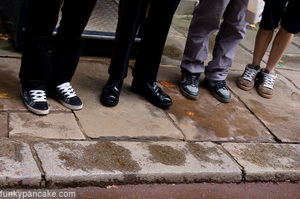 can you guess what/where this is ? 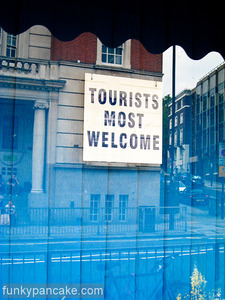 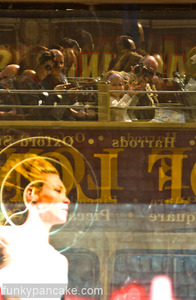 esther and me on a tourist bus last weekend 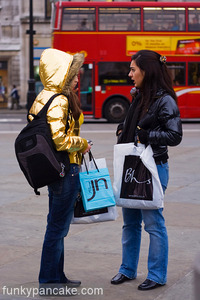 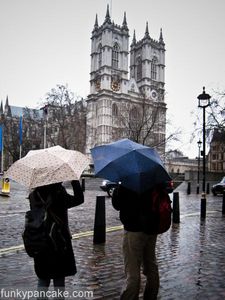 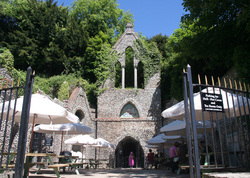 then we drove to nearby hughenden manor 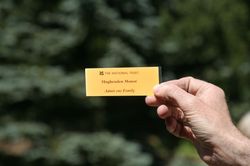 here is the manor (note the blue sky !) 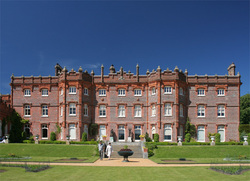 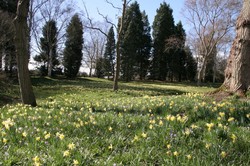 jane and i went to savill gardens yesterday. it was very pretty and you can tell spring is properly here.
there’s a nice little stream that runs through the gardens: 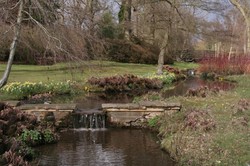 they weren’t very good at getting the colours all separated though. look at this. it’s all purples mixed up with yellows. they’d never be able to run a charity clothing shop like this. 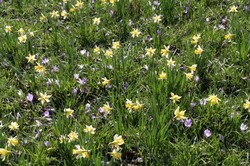 jane went to a ladies’ church convention yesterday in london so i looked after the girls. kezia and i started by going to McDonalds and eating bacon butties and ice-cream, then we went to our friends house to pick up esther.
after that we went to West Wycombe where we went down the caves which are associated with the Hell Fire Club.
here’s kezia in the dark waving my torch about 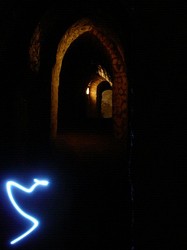 the caves themselves are mostly man made and really amazing, especially when you learn about the kinds of secret things people got up to down there. the official website is here which lets you follow the tour through the caves.
here are kezia and esther outside the front entrance: 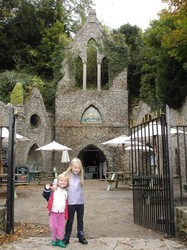 after going down the caves we walked to the top of the hill to see the church and mausoleum, collected conkers and had great sandwiches in the cafe.
once again, it’s interesting that all the action in the caves happened mid to late 1700s which was the time people were being buried in bunhill fields. it’s like i’m trapped in some time warp at the moment ! 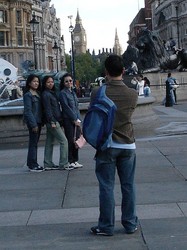 we stayed at the novatel in ghent. it’s fantastically centrally located and was mostly good.
the one bit which wasn’t was when a gentlement came in to our room through an internal door from the room next door ! he looked round, said something which didn’t sound like ‘oops, sorry’ and went away again. 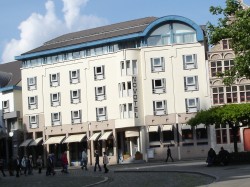 needless to say i complained to reception which resulted in these complimentary drinks: 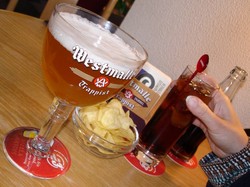 we went to Ham House yesterday as it was bank holiday monday (ba-ho-mo for short).
here are some signs with the word ‘ham’ in them 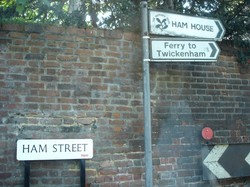 when we got home kezia said “it wasn’t really made of ham was it”. i was glad she noticed that. 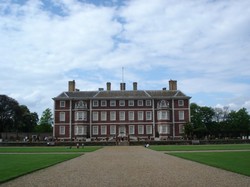