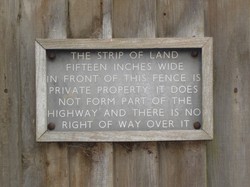 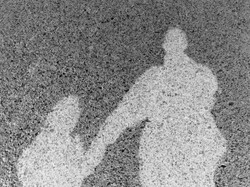 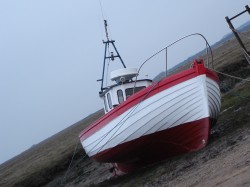 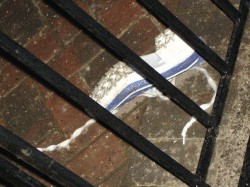 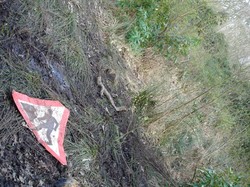 when you see a sign like this you want to look up and see what the danger is thus risking the danger they warn you against.
they should ban such signs for safety reasons 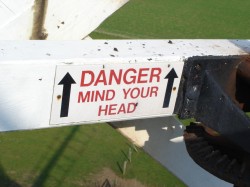 this door looked so real you could climb through it. but it was just a carving in an old tree. some little people weren’t convinced and thought it was just locked. 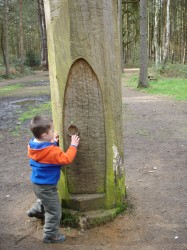 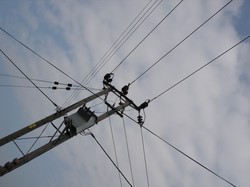 after the fire i suppose 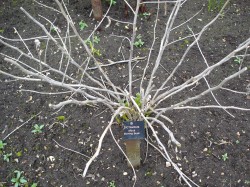 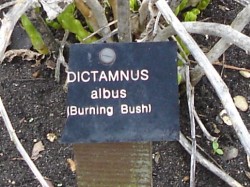 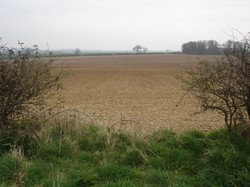 esther dancing on the beach 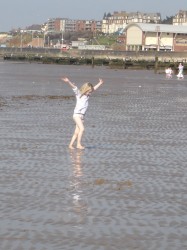 it just gets better and better. the costumes get more elaborate but the same broken spirit remains within them.
i’ve even started a new category for this. 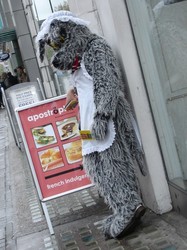 i was sent this from reader mike who said it looks like a darlek. and so it does.
are you enjoying the new series of Dr Who by the way ? i am. 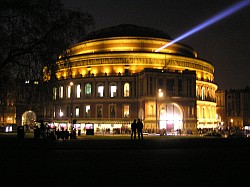 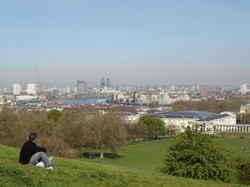 do you know the secret about windmills ? well, if you promise not to tell anyone, i’ll explain …
early settlers in the england realised to their horror the pure energy that is released when you crush wheat. crushing the germ generates incredible heat which needs to be dispersed otherwise there’s a risk of injury, death or even someone hurting themselves.
so how do you get rid of such energy and split the wheat germ in a controlled manner ? well, if you live near a river you crush it near water and let the water’s coolness take away the heat. 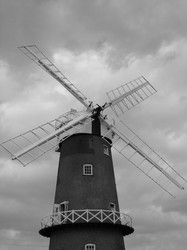 but what if you live up a hill ?
in this case they crushed the wheat between two heavy stones. the two stones would lift slightly with each explosion thus converting the chemical energy in to heat energy in to kinetic energy. small graduations in the stone would cause it to rotate and turn giant drive shafts connected to windmill wings.
the wings would turn and cause great winds to move across the earth, thus dispersing the wheat power effectively. and that is precisely why windmills are placed on hills – it’s the safest place to blow wind from. 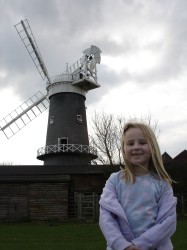 blogette Victoria sent me a link to some fantastic bollard photos she took on a trip to San Francisco. They are here and here. you must look.
so for her, here is a family of bollards on the streets of london 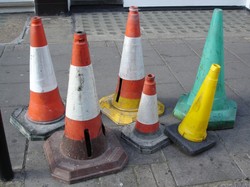 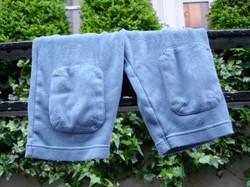 why does this chap look so sad ? it’s because he can’t reach the pie by his feet. 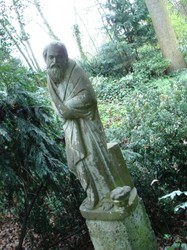 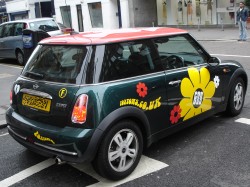 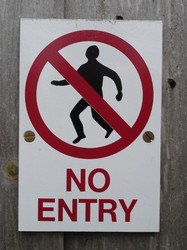