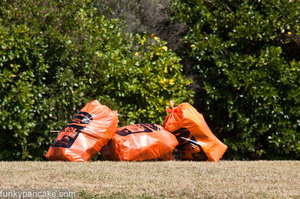 you pay for your rubbish collection in auckland by buying plastic bags like these which cover the cost of collection or renting a wheely bin.  bit strange at first but i think i like this system 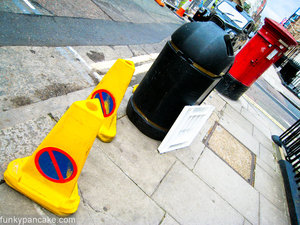 this has got it all.  a couple of metropolitan police bollards, a rubbish bin, a twin faced post box, and an abandoned plastic cutlery tray.  And it’s literally in hopping distance to Tony Blair, ex president of the UK’s, house.  (no political comment intended)

throwing the baby out with the bathwater 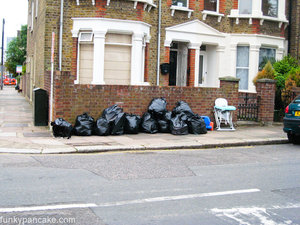 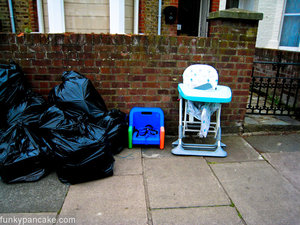 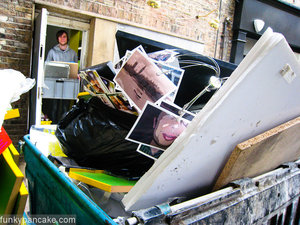 a photo shop (snappy snaps i think) has closed down this branch and was dumping lots of interesting stuff in to a skip.  you can see a chap with a box coming out of the shop looking at me a bit suspiciously.

i liked the look of the manual cashcard doer and nearly took it with me along with those coin bags and the photo tree above.  actually, i should have taken that photo tree.  oh well. 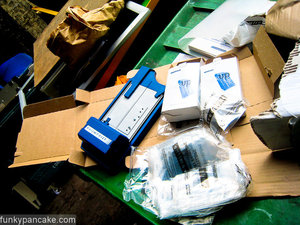 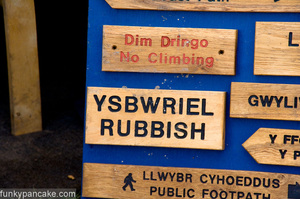 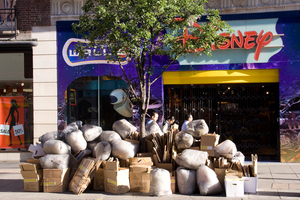 i was quite pleased with this photo opportunity as it shows i’m vaguely in touch with the modern world. 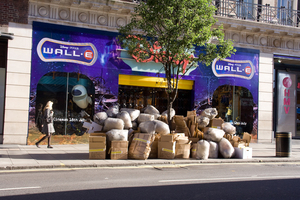 there’s a film in the flicks at the moment called wall-e which is about some robot that cleans up all the rubbish left behind on planet earth. 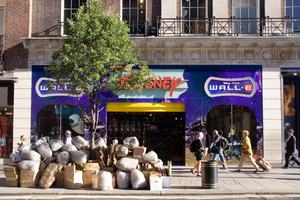 it’s such a mess that everyone has left to go an live somewhere else. 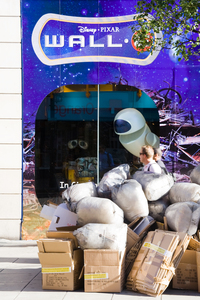 so i was delighted to see this giant pile of genuine oxford street rubbish outside the flagship disney store on oxford street. 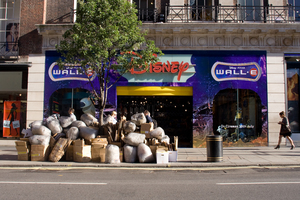 so there you go.  finally something culturally relevant.  i thank you. 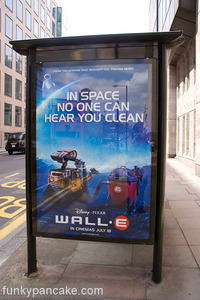 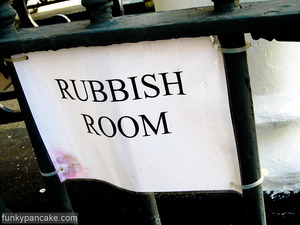 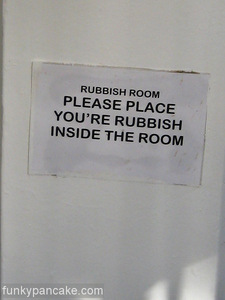 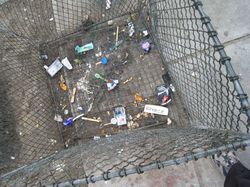 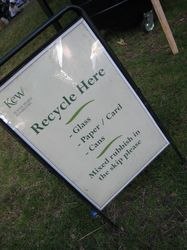 “mixed rubbish” – that could sum up funkypancake. (probably more accurate than ‘the modern mundanist’ 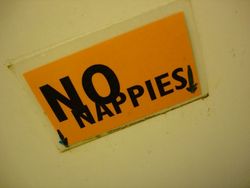 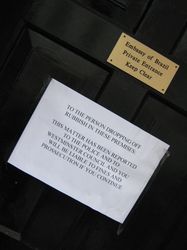 i thought embassies would have this kind of thing sorted, and wouldn’t have to resort to using their host country’s police force. i’m sure they could claim diplomatic immunity if they simply shot the perpetrator ?

where the ice-cream tubs hide 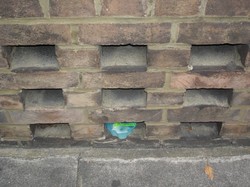 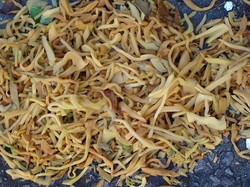 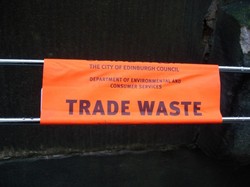 what a great idea. i’ll swap you my rubbish for your rubbish 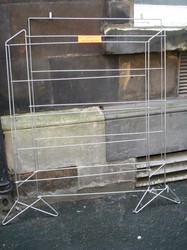 there’s a magazine publisher round the corner from my office and they occasionally leave interesting rubbish for the bin men.
here’s a good example. it’s a load of men’s fitness magazines with a note on top saying ‘rubbish’. i wonder if that was written by their editorial department ? 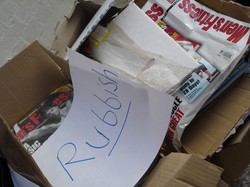