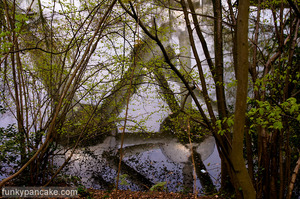 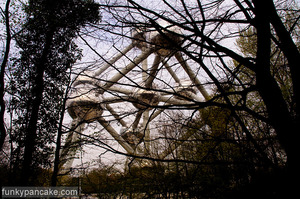 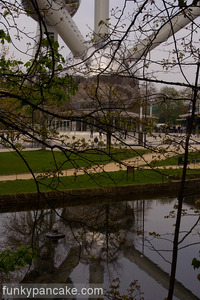 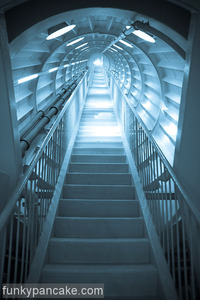 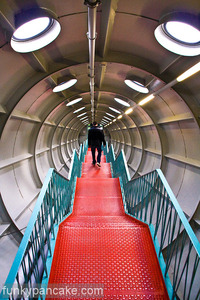 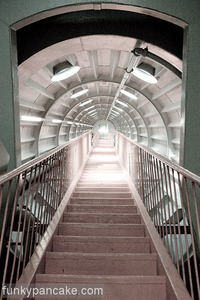 that big building by the station in brussels 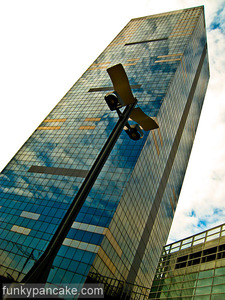 i had an idea about lightening a photo so the object itself almost disappeared in to the background as below.  nice to contrast this to the version above. 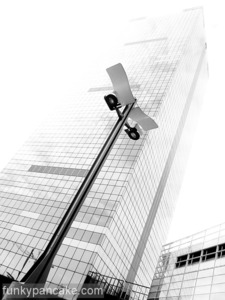 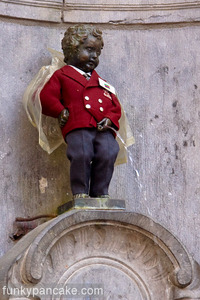 mannquin pis is a long time friend of funkypancake (i’d suggest you’d look in the categories archive, but they are rather deaded at the moment) 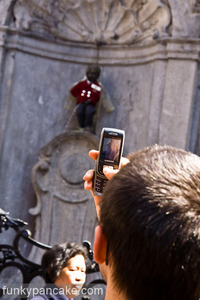 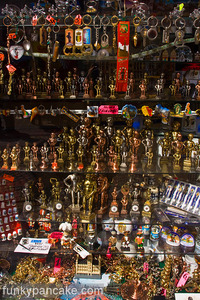 and there’s a classic collection of mannequin pis related paraphenalia 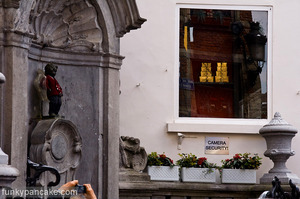 but watch out for the camera security 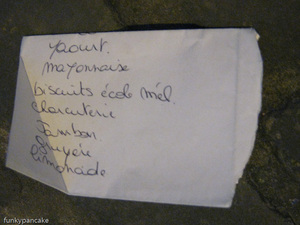 i’ve been to brussels

not sure if you noticed, but the blog has been on auto for the last week as i’ve been off to brussels for a conference.  here’s toby my work colleague on the eurostar on the way back.  expect plenty of belgiumy pics over the next few days (or months knowing my up to date-ness) 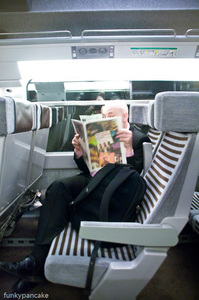 here’s the new st pancras eurostar station which is nice 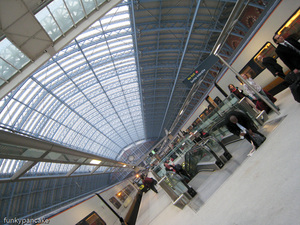 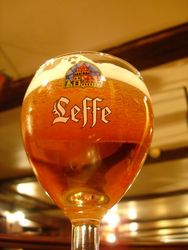 showtime for the mannequin pis

i’ve reported on the mannequin pis a number of times, but i can’t remember him ever having a fancy window display showing a replica of himself all lit up next to him. he’s just becoming so touristy. 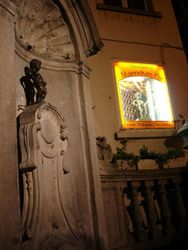 this sign just about summed up my trip to brussels. i think the chap here is holding a big pile of chips. either that or his posterior has exploded. 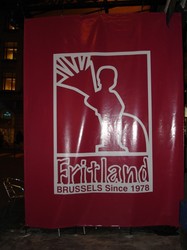 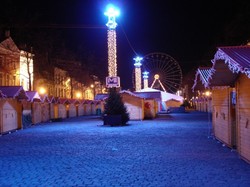 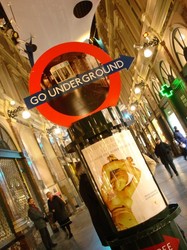 the chap sitting next to me on the eurostar was about the same age as me (ie 400 months old tomorrow) and he put a giant pair of headphones on, plugged in his giant portable cd player and played load music. despite looking very uncool the music he was playing can only be described as ‘light vocal’.
i did notice when he changed the CD that he was listening to two rick astley CDs, both of which were signed ! 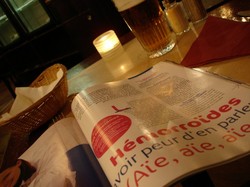 after checking in to my hotel i went out for a meal in a restaurant and the person next to me left her magazine behind. being on my own i decided to read it (it was in french). i managed to understand most of this article on hemorrhoids, and there was also an article on constipation, so all based were covered. haemorrhoids are the third most common belgian ailment you know ?

only in the land of the cartoon 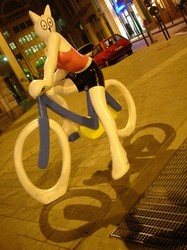 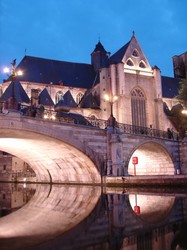 if you go to ghent you must go to the design museum. it’s very good. they had an exhibition on the history of commercial aviation, flying in airplanes to you and me, which was very amusing.
there were quite a few things for kids to do, including looking for Playmobile people hidden in the exhibits. one playmobile chap was sitting in an ornate lampshade thing which was their pride and joy.
you don’t get such frivolity and enjoyment in a National Trust property. or at least not deliberately.
the other museum you should go to is the mental one 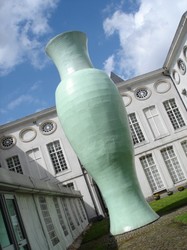 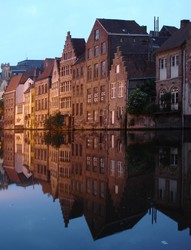 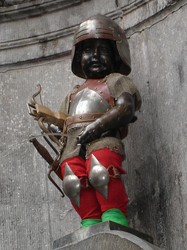 it rains a lot in belgium. i noticed that. even as an englishman. here’s the view of a church from our hotel window 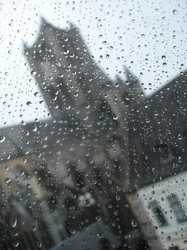 one of these people was real 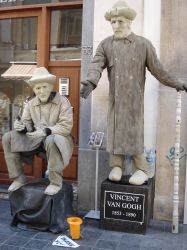 here’s that church i took a picture of last week in Belgium.
i took this photo when i visited at the beginning of September. 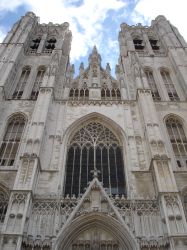