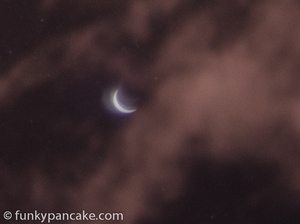 we had a partial solar eclipse a few days back.  here’s a reflection of it in the window (hence it’s wrong-way round ness. 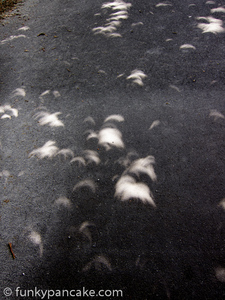 but better still were these weird eclipse patterns under a tree which were darting around as the tree leaves jiggled. 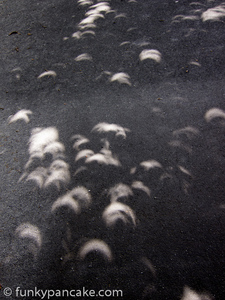 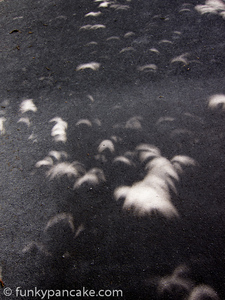