the old gang back together 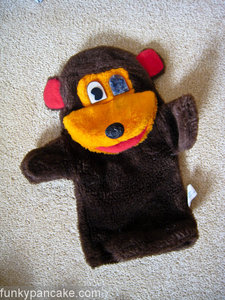 emptying our loft has proved to be emotionally exhausting.  there’s so much of our lives hidden up there.

here’s a good example.  it’s all my favourite ‘soft toys’ from when i was a wee chappie. 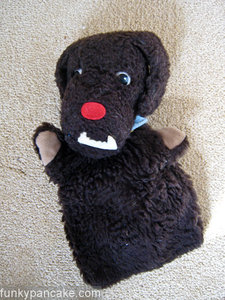 i seem to have had a thing about glove puppets 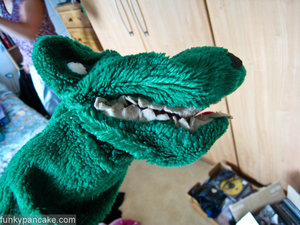 as ever, clowns are there to frighten us.  this one has crucifixes for eyes.  who thought that was a good idea 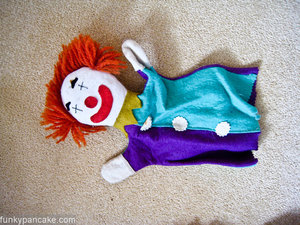 this cat had lovely dur, although a bit stratchy for cuddling 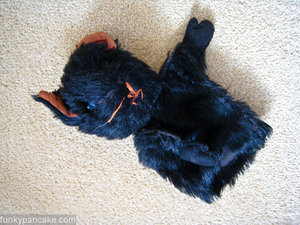 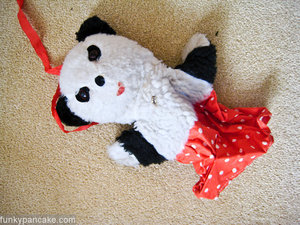 and who ever really knew what this strange thing was.

the only non glove puppet i had was this womble.

note this far away eyes and chewed nose.  he also had a bald patch on the back of his head where i must have rubbed him with my fingers whilst chewing his konk. 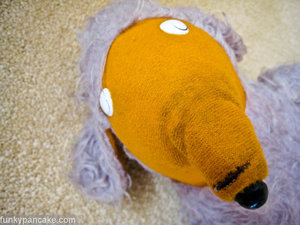 sooty was as tight lipped as ever 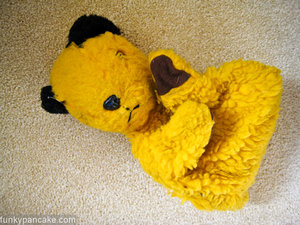 and the puppets had no hangups (but perhaps should have) 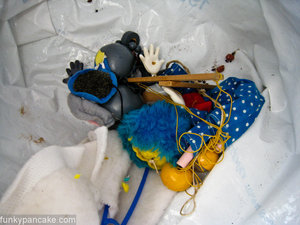 anyway, it was great to have the old gang back together.  we chatted about old times and hung out for a while.  but it quickly became clear they were just shadows of their former selves, and they were better as memories than real objects, so for one last time they went back in the bag and off to the dump …