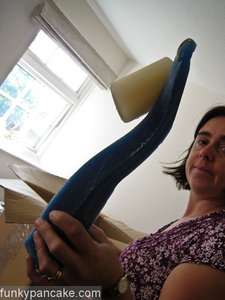 a lovely long candle which was up in the loft, melted, went wonky and fused to another lovely candle. 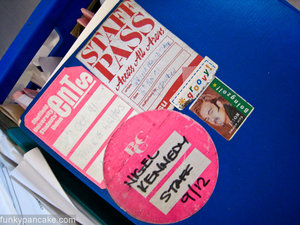 my old celebrity folder i used at university.  i kept some of my backstage passes on it, like nigel kenedy, frank & walters and some other bands.  And my favourite stickers, like jason donavan from when he grew a rather fancy beard 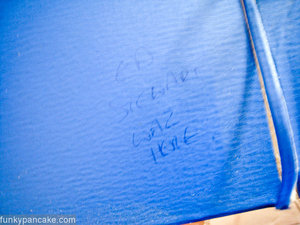 inside that folder in blue biro on a blue background was ‘Ed Steward waz here’.  And you know what, it might have been written by your actual Ed ‘stewpot’ Stewart, because i did meet him once. 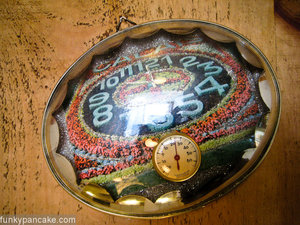 And finally, here’s a near tragedy as jane doesn’t like this tremendous barometer depicting Calais in bloom.  So she threw it in the dumpster bag and it went in the back of the car.  She didn’t figure for my cunning though and I carefully extracted it at the dump and saved it from the most horrible end. 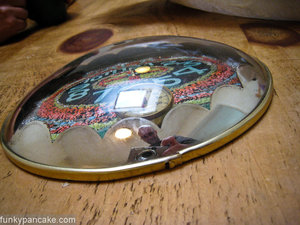