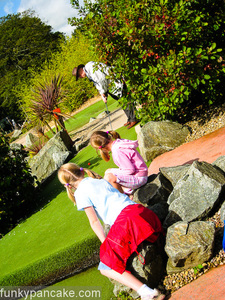 every holiday needs a trip to the crazy golf course and we went to this excellent one at Heatherton.    it had a pirate theme and was your more sensible sort of crazy gold with pretend bunkers and sloping greens rather than comedy obstacles 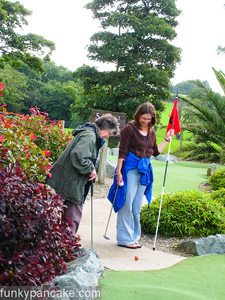 we were the first on the course in the morning so we could lead the pace.  we scored using the funkypancake family amendment to the rules (no one can score more than 8 on any hole, so people don’t forfeit the game by having one bad hole) 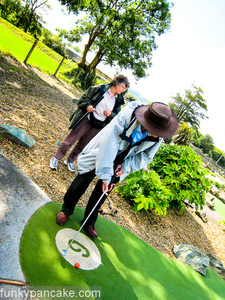 it ended up being down to the final shot by my father-in-law.  if he pocketed the ball on a shot from a tricky bunker up against a wall, he would win against jane.

he hit it, and it went straight in to the hole but it bounced back out !  his next shot went in so it was a draw with jane.  well done to them both