are you smarter than a 10 year old?

we got VIP tickets to see the making of “are you smarter than a 10 year old” yesterday at Elstree studios. it was 5 hours locked in a hot studio, but all good fun.

i hadn’t realised how important elstree studios are. see here for a list of films and TV stuff they do – things like the star wars trilogy, 2001 space odyssey, indian jones and various james bonds (not to mention monty python’s the meaning of life). It’s also home to Who Wants To Be A Millionaire and the Tweenies !
noel edmonds (mr tidy beard himself) was the host and he was excellent. read more about it here 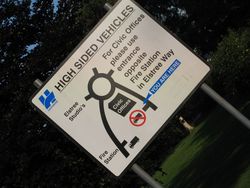 I’ll let you know when the episodes we ‘audienced’ for are on telly.