i’m in brussels for the next couple of days and i had an absolutely disaster of a journey. All went well until we got to Lille when they decided to terminate the train due to someone being splatted on the tracks ahead of us.
In the UK they would have called this a ‘fatality’. But, since we were in france, they called it a ‘suidide’.
anyway, they chucked us out and told us to go to a different train station, but didn’t tell us where it was. so hundreds of people were walking all over Lille looking very lost with big suitcases.
things went downhill from there, but i won’t bore you on how i had to sit on a train floor for an hour and a half on a squashy train.
but at least i got to see some new and interesting train stations en route. 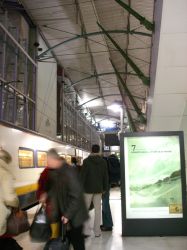 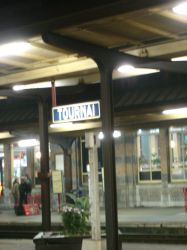